Attendees at the Miami City Ballet’s annual gala will have the opportunity to bid on a original piece by renowned artist Peter Tunney. The piece was commissioned specifically as a tribute to Miami City Ballet and all proceeds from the sale go directly to MCB. Tunney will be at the gala and will personally present and sign the artwork to the highest bidder. The piece is still under creation in the Wynwood Walls gallery. 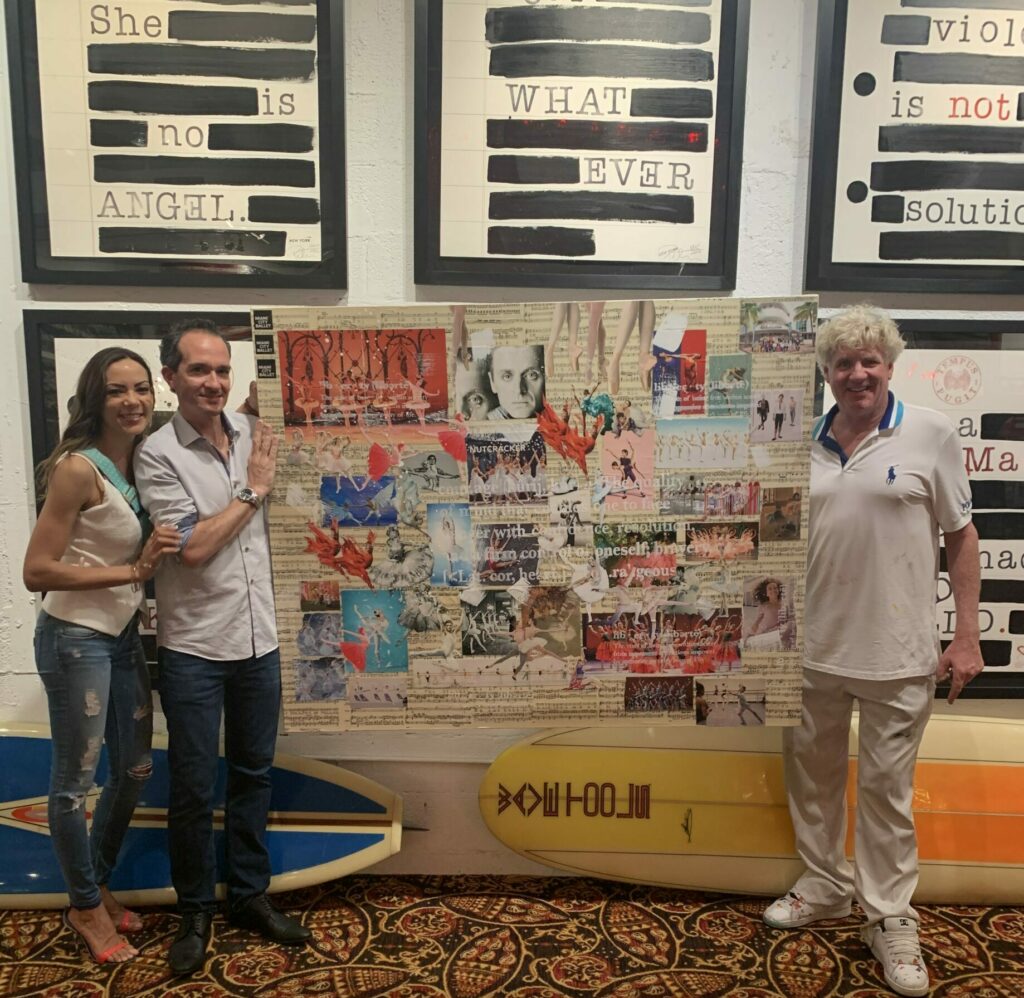 Here’s more about artist Petter Tunney from his website:

Peter Tunney (b.1961) is a legitimate force of nature with boundless creative energy, spreading his positive messages in unconventional ways and delivering works of art to a worldwide collector base. He creates in almost every medium: paint, collage, wood, photography, found objects, and discarded materials. His nontraditional life, cache of extraordinary experiences, and countless wild adventures serve as the foundations for his work. Since declaring himself an artist in 1987, Tunney delivers his messages of Grattitude, Don’t Panic, The Time Is Always Now, Fear Less, Love More and Change the Way You See Everything to a vast and global audience. His dynamic textual images blanket New York City, which he affectionately calls “The City of Dreams”, as giant billboards. Like magic these billboards spontaneously appear and disappear, an intentional phenomenon as Tunney himself is a trained magician. Tunney has owned and operated ground floor studios and galleries in lower Manhattan for the last 27 years. Open daily and free to the public, they embody his deep connection to and understanding of the city. In addition to his current Tribeca space on Leonard Street, for the last eight years Tunney has also maintained a gallery in the heart of Miami’s famed Wynwood Walls. As Wynwood’s first tenant, The Peter Tunney Experience has been a fixture in of the thriving Wynwood neighborhood. Throughout his 30-year artistic career, Tunney’s entrepreneurial spirit has remained strong. In 2015, he partnered with friend and developer Jessica Goldman Srebnick to form Goldman Global Arts. GGA curates and executes transformative art projects for causes, cities and corporations around the world. The GGA Gallery inside the Wynwood Walls, an offshoot of the curative branch, currently exhibits the work of and represents over 31 street artists from 16 countries who have painted murals in and around the Wynwood Walls. Yet, at his core, Tunney is much more than a visual artist and businessman. He believes in humankind and the good that results from performing countless small acts of kindness. Over the years Tunney has spent tireless human energy and donated countless works of art to deserving organizations. Most recently, his main philanthropic efforts are devoted to criminal justice reform, supporting wrongfully convicted individuals, and ending the stigma of mental illness. Tunney happily lives and works between New York and Miami with his wife Amy, their 2-year-old son Arthur – affectionately known as “Art” – and their 6 month old daughter named “Sonnet”.